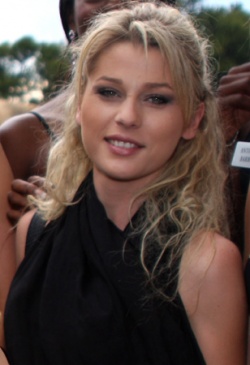 Kalaitzi was born in 1984 in Polygyros, Chalkidiki, Macedonia, Greece. She worked as a fitness instructor, life saver and yoga instructor.

She was crowned Miss Hellas in 2008 and represented Greece in the Miss World pageant in South Africa that same year.

Kalaitzi now works as a model in Greece and abroad.