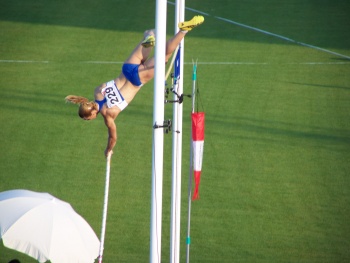 Kyriakopoulou was born on March 21, 1986 in Athens. She is currently an athlete of EA Rethymniakos.

Kyriakopoulou owns the current Greek women's record in the pole vault with 4.83m. She achieved that on July 4, 2015, in the Diamond League in Paris.

She also owns the indoor record after a 4.76m performance in Stockholm, Sweden, on February 20, 2015.