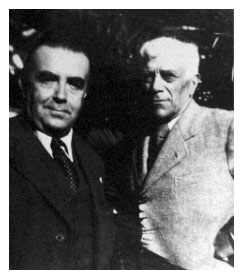 Teriade (real name Stratis Eleftheriades - Στρατής Ελευθεριάδης) (1889-1983) was a native of Mytilene who went to Paris in 1915 at the age of eighteen to study law, but who instead became an art critic, patron, and, most importantly, publisher.

From 1937 to 1975 he commissioned most of the significant artists of the first half of the century to produce series of works for his quarterly journal Verve or the later Grands Livres.

There is a Tériade Museum, which opened in 1979 in the southern Mytilene suburb of Varia. The books are displayed in sixteen rooms over two floors of the specially built museum.

In France, there is a donation of Tériade at the Departmental Museum of Le Cateau-Cambrésis.