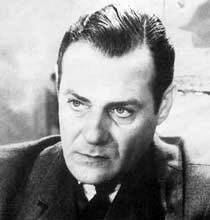 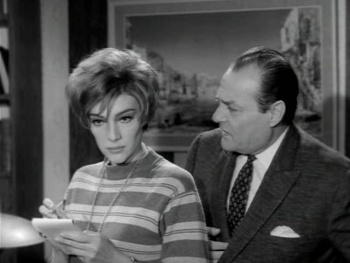 Lambros Konstantaras and Maro Kontou in a scene from the 1964 film comedy O Gerontokoros. 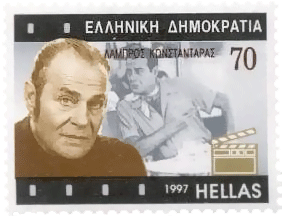 Konstantaras was born in Athens on March 13, 1913. He studied acting in Paris and graduated in 1933, making his theatre debut in France in 1937. He debuted in Greece the following year.

After working in several theatre groups he formed his own with Jenny Karezi, Maro Kontou and Nikos Rizos, often working together with such actresses as Ellie Lambeti, Aliki Vougiouklaki and others. However, Konstantaras was far better known as a film actor, playing leading roles in over 80 movies including "Aliki joins the Navy" (with Vougiouklaki and Dimitris Papamichail), "The card-player" (with Rena Vlachopoulou, "My daughter the socialist" and many more. In his youth, many of his roles were of a serious nature but later on in life he played almost exclusively comic roles usually as an executive or the father of the bride, etc.