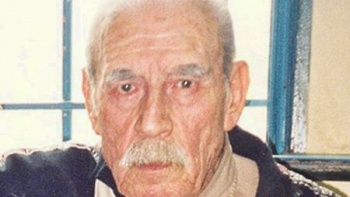 Nikolaos Dertilis was a Greek military officer who took part in the coup d'etat of April 21, 1967 and was sentenced to prison for his role in putting down the uprising of the Athens Polytechnic Institute in November 1973.

Dertilis was the son of a Hellenic Army general. He fought in the Greek Civil War against the communists and again in the early 1950s as a volunteer in the Korean War.

In 1964, he was sent to Cyprus in the midst of the disturbances there and fought under Georgios Grivas.

He took part in the coup d'etat of April 21, 1967 occupying strategic buildings with his unit.

In November 1973, he took part in the suppression of the uprising at the Athens Polytechnic Institute. The operation resulted in several students' deaths. For this, he was tried after the restoration of democracy to Greece in 1974 and, on December 30, 1975, sentenced to life imprisonment.

Dertilis refused to petition for pardon. He was transferred in December 2012 from the maximum security Korydallos Prison to Athens' Erythros Stavros Hospital with heart problems after suffering a stroke. He died, a prisoner, at the age of 92, on January 28, 2013.