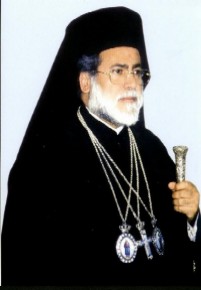 Petros was born as Petros Papapetrou in Sichari, Kyrenia, in what is today the self-proclaimed and internationally unrecognized Turkish Republic of Northern Cyprus on the island of Cyprus. He assumed the Patriarchate of Church of Alexandria on March 9, 1997, following his election by the Alexandrian Holy Synod the previous February 21. Before his election, Petros had served as a deacon and a priest, and was consecrated as a bishop in 1983. He had a close rapport with his predecessor, Pope Parthenios III of Alexandria and assumed the latter's post after his death in 1996.

His tenure was marked by renewed missionary efforts in Kenya, Uganda, Madagascar, Cameroon, and elsewhere across the African continent.

Pope Petros died along with 16 others (including three other bishops of the Church of Alexandria: Metropolitan Chrysostomos (Papadopoulos) of Carthage, Metropolitan Irenaeus (Talambekos) of Pilousion, and Bishop Nektarios (Kellis) of Madagascar) when the helicopter carrying them crashed into the Aegean Sea while en route to the monastic enclave of Mount Athos in Greece. The cause of the crash remains unknown.

He was succeeded on October 24, 2004, by Pope Theodoros II (Choreftakis) of Alexandria.