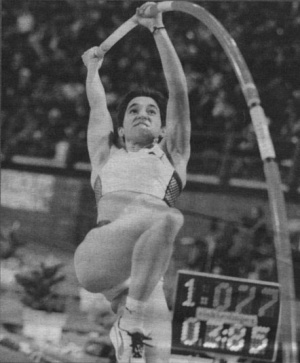 Tsiligiri was born in 1972 in Piraeus and has broken 36 Greek records since she appeared on the scene in 1995. Originally signed by Panionios, she is currently an athlete of Panellinios Gymnastic Club.

Tsiligiri established the original womens' pole vault record at 3.60m on July 23, 1995 and has broken it 20 times since. Her current personal record, is 4.47m which she established at Sparta on July 7, 2004.