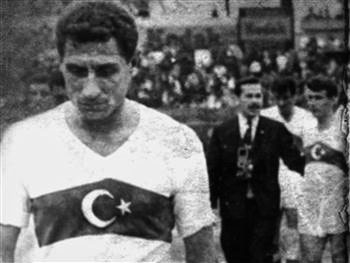 Born the son of a Greek fisherman and growing up with ten other brothers and sisters, he started playing football in Taksim, Istanbul, for Greek club Pera Club. Lefteris, transferred to Fenerbahçe in 1947. As the first Turkish footballer ever playing outside Turkey, he played during the years 1951-1953 for ACF Fiorentina in Italy and OGC Nice in France, but returned to his club afterwards. With Fenerbahçe, he won two Istanbul League and three Turkey League (1959, 1961 and 1964) championship titles. In the season 1953-1954, he became top scorer. Lefteris scored a total of 423 goals in 615 games for Fenerbahçe.

He played 46 times for the Turkey national football team, 9 of them as the captain. He scored 21 goals for Turkey, still a great achievement after so many years, beaten only by Hakan Şükür. He was the first Turkish football player to receive the "Golden Honor medal" from the Turkish Football Federation.

After ending his career in Turkey in 1964, Lefteris played a single season in Greece with AEK. He participated in five games in the 1965 season scoring two goals before an injury in the match against Iraklis forced his retirement. Lefteris coached Aegaleo FC in Greece and SuperSport United Johannesburg in South Africa. He returned to Turkey and served as coach in the clubs Samsunspor, Orduspor, Mersin Idmanyurdu and Boluspor. Afterwards he became a sports columnist for a Turkish daily.

The legendary forward was called “professor” (Turkish: “ordinaryus”) for his extraordinary performance, especially for his penalty goals. A street on the island Büyükada - the largest one of the Princes' Islands - where he lived until his death on January 13, 2012, is named after him.