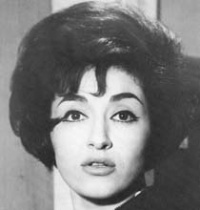 Karayianni was born on November 4, 1939 in Athens. She studied dance and acting, appearing in her first film in 1956. The next few years saw her established as one of Finos Films' best actresses with movies such as "Ζητείται ψεύτης" ("Liar wanted"), "Κάτι να καίει" ("Something is burning"), "Ραντεβού στον αέρα" ("Rendez-vous in mid-air") and "Οι θαλασσιές οι χάντρες" ("Blue beads") among her credits.

From the 1970s onward, Karayianni also appeared in several serials on Greek television.

Karayianni was married in 1960 to Olympiakos centre back, Mimis Stefanakos, after a stormy love affair. The marriage ended in divorce in 1963. Afterwards, she was linked with Panathinaikos goalkeeper Vasilis Konstantinou - who was eight years younger - but the romance did not end in marriage.