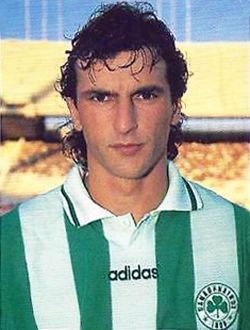 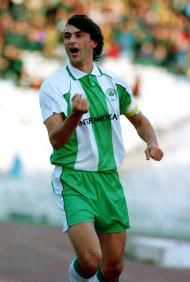 Yiannis Kalitzakis (Greek: Γιάννης Καλιτζάκης), born October 12, 1966, is a former Greek football player who was known by the nickname The Ninja