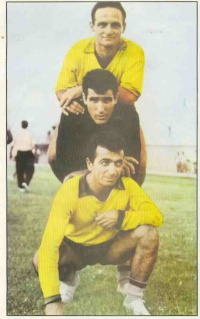 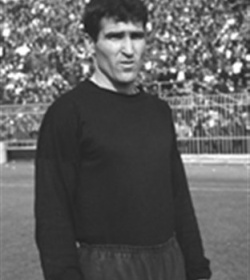 Born in Athens, on August 6, 1935, Stelios Serafeidis was a Greek footballer, the younger brother of forward Charalambos "Babis" Serafeidis.

Serafeidis started his career at Aegaleo, moved on to Apollon Athens and eventually transferred to AEK. His first years were spent on the bench in the shadow of Michalis Delavinias but eventually, after his predecessor's retirement, Serafeidis got his chance.

After his retirement as an active player, he worked in various capacities at AEK, including the youth academy.

Serafeidis was capped only once in his career in a friendly against Poland (1963).