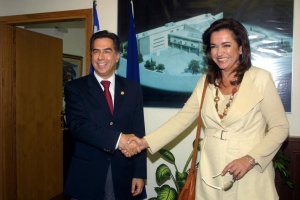 Papageorgopoulos was born on June 27, 1947, in Thessaloniki. He attended the city’s 5th Gymnasium (Junior High School) and 1st Lyceum (Senior High School). He later studied medicine at the Aristotle University, graduating with a degree in dental surgery. His military duty was served as a reserve officer in the Sanitary Corps. 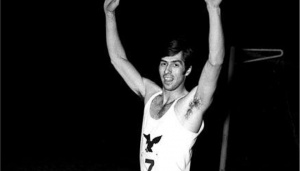 As an athlete, with the «AETOS» Educational Sports Club in Thessaloniki, he ran in the 100 metres, setting the Greek record and tying the European one. He participated in the 1972 and the 1976 Olympiads, where he was the standard-bearer for the Greek team, and has won three medals in the European Athletics Championships.

From 1981 until 1998 he served as a member of the Hellenic Parliament, under the banner of New Democracy, resigning the post in 1998 after he was elected Mayor of Thessaloniki.

On October 18, 1998, Vassilis Papageorgopoulos was elected Mayor of Thessaloniki with 52% of vote. He was elected President of the Local Union of Municipalities and Communities in Thessaloniki county for the period 1999-2002.

On October 13, 2002 he was re-elected Mayor of Thessaloniki with a 54,2% vote count. He was also re-elected President of the Local Union of Municipalities and Communities in Thessaloniki county for the period 2003-2006.

He was reelected in 2006 and stepped down after four years.

Papageorgopoulos was accused of embezzling nearly €50 million of public funds. He stood trial along with 17 other officials. On February 27, 2013, he was sentenced to life imprisonment for embezzlement and money laundering of some €18 million. City officials Panagiotis Saxonis and Michalis Lemousias received lesser sentences.