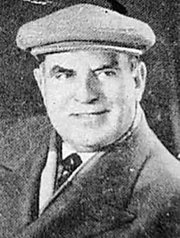 Nicknamed "the lazy man" (ο τεμπέλης), Payoumtzis was a close friend of Markos Vamvakaris and also a member of the famed Tetras (Τετράς, η ξακουστή του Πειραιώς), which many afficionados recognize as the Prototype Rebetiko Super Group that founded the Piraeus School of Rebetiko. Rebetiko composers loved his vocal style and enthusiastically went about composing for him. These included such luminaries as Giorgos Batis, Anestos Delias, Tsitsanis, Papaioannou , Tountas and Papazoglou.

Payoumtzis travelled to New York in 1971, singing at "Spilia" nightclub. He died after singing on November 16 of that year. He was so impoverished at the time of his death, that a collection had to be taken up by the Greek-American community to send his remains back to Greece.