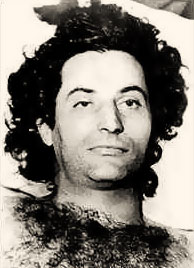 A picture of Christos Tsoutsouvis, laying dead at the morgue with his eyes taped wide open.

Christos Tsoutsouvis was one of the original members of the Revolutionary People's Struggle (ELA), and one of its most violent. He left ELA and founded the more radical Anti-State Struggle because ELA did not target people in its attacks.

Tsoutsouvis is believed to have had contact with the alleged founder and leader of 17N, Alexandros Giotopoulos, although this probably took place after he left ELA. During the 2002 17N trial it surfaced that even though Tsoutsouvis did join 17N for a very short time, he participated in one of the organization's most important murders: The execution of MAT(Riot Squad) Deputy Director Pantelis Petrou and his driver in Pangrati, on January 16, 1980.