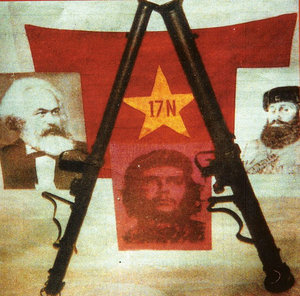 17 November was a violent Marxist-Leninist organization. It's ideology was anti-imperialist, anti-capitalist, and anti-United States/NATO. The group had been critical of the Greek government for not addressing issues such as the situation in Cyprus, the presence of US bases in Greece, and Greek membership in NATO and the European Community.

The organization's initial attacks were selected handgun assassinations of senior US officials, including US Embassy employee Richard Welch in 1975, and US Navy Captain George Tsantes in 1983. In 1975 the group began assassinating Greek officials and public figures.

Following the November 26, 1986, car bombing of a Greek police bus, which injured 13 police officers (one fatally), 17 November moved into a new operational phase. Whereas the first phase can be referred to as one of low activity, with only a limited number of operations (six attacks from December 23, 1975, to February 21, 1985), the second phase was characterized by a higher level of tactical sophistication, as well as an increase in the number and lethality of attacks. From February 21, 1985 to it’s last possitively identified attack in 1990 (the rocket attack against the offices of the European Community on December 16, 1990), 17 November carried out 40 attacks, which resulted in the deaths of five people and injury of 48 others. Statistically, this five-year period had accounted for 87% of all the group’s operations since 1975. 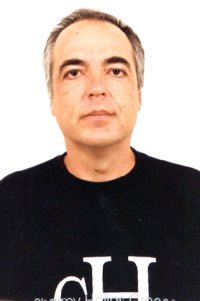 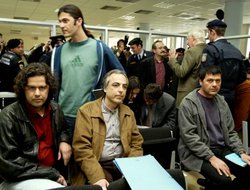 The trial of the terrorist suspects commenced in Athens on March 3, 2003, with District Attorney Christos Lambrou serving as the prosecutor for the Greek state. On December 8, fifteen of the accused, including A. Giotopoulos and D. Koufodinas, were found guilty; another four were acquitted for lack of evidence. The convicted members were sentenced on December 17, with A. Giotopoulos sentenced to 21 life terms, the heaviest sentence in modern Greek legal history. Koufodinas received 13 life terms, Christodoulos Xeros receive 10 life terms, Savvas Xeros six, Vassilis Tzortzatos four, Iraklis Kostaris one. Lesser sentences were imposed on the remaining nine, in the light of extenuating circumstances.

Lawyers for the defendants as well as several civil rights groups have stressed the special character of the trial. The trial was conducted by a special court with closed doors and the use of television cameras prohibited. People sympathetic to their cause believe that this was so that it would be easier to condemn all the accused. Many of the accused, notably Alexandros Giotopoulos, denied their participation until the end of the year-long trial. According to Giotopoulos, he was framed so that the image of a terrorist organization led by a clear leader could be presented. The accused who did admit participation in the group, notably Dimitris Koufodinas who took "full political responsibility for all of the group's actions", presented a picture of a loose horizontally organized structure with small cells and decisions taken by discussion and consensus. 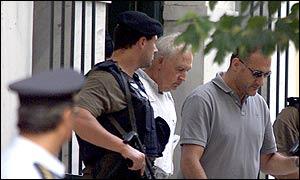 On September 17, 2004, the imprisoned started a short-lived hunger strike protesting the especially harsh conditions of their imprisonment and their sensory isolation at Korydallos prison. According to their statements, "bourgeois democracy" takes revenge on them by enclosing them in "a prison within a prison."