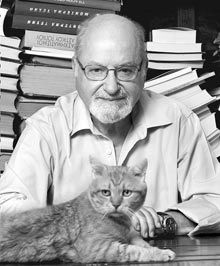 Kyrkos was born on Oct. 12, 1924, in Heraklio, Crete. He was the son of a politician who, over a 30-year-plus career, was successively elected as a liberal, a conservative and, after World War II, a leftist member of the Hellenic Parliament.

He worked for many years for the politically left-wing daily "Avgi", first as a reporter and later as its editor.

Kyrkos himself joined the communist youth while still in his teens and, beginning in 1941, joined the resistance against the German occupier. He entered the University of Athens Medical School but never graduated.

Kyrkos entered politics and was first elected a member of the Greek Parliament in 1961 under the banner of the United Democratic Left.

A longtime member of the Greek Communist Party, Kyrkos was among a group of reformers who left the party in 1968 to form their own group.

When the Communist Party of Greece split, Kyrkos took the side of the progressive forces and helped establish the euro-Communist KKE-Interior.

When a group of colonels imposed a dictatorship in 1967, Kyrkos was jailed for five years. Upon the restoration of democracy in 1974, he again became a deputy until 1981, when he was elected to the European Parliament, serving until 1985. He was again a deputy from 1989 to 1993.

Along with Charilaos Florakis, he founded the Coalition of the Left, which briefly reunited the reformists with the Communists and other independent leftists in 1989 and participated in an unprecedented, if short-lived, coalition with the New Democracy conservatives. He served as its Secretary until March of 1991.

Kyrkos was a widower, father of two sons.