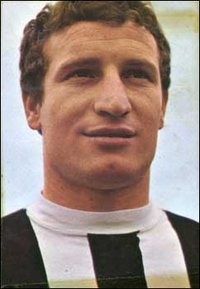 Stavros Sarafis (born November 23, 1950) is a retired football player, who spent his entire career at PAOK, playing as a forward. He is one of the club's most famous players and also the all-time top scorer. His nickname was Kaisaras (Caesar).

Sarafis was born in Epanomi, in the outskirts of Thessaloniki. He was discovered by then-president Giorgos Panelakis and joined PAOK in 1968, and remained with the club for 13 years retiring in 1981. He was a prolific goalscorer, netting 136 goals in 358 league matches with PAOK. He also scored 26 goals in the Greek Cup and 8 in UEFA competitions, for 170 goals in total. His partnership with the legendary Giorgos Koudas was one of the most prolific attacking duos in Greek football during the 1970s, winning one league championship and two cups. After retiring, he continued working for the club in various positions, including assistant manager.

Sarafis played 32 games for the Greek national side between 1969 (his debut was on July 19, 1969 against Australia) and 1977, scoring 7 goals. Sarafis is #1 scorer for the club in the League. He was the top-scoring player in European competitions for a long time, scoring his goals in an era where the club played only a few European matches per season.