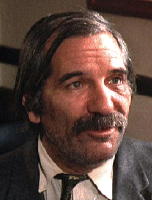 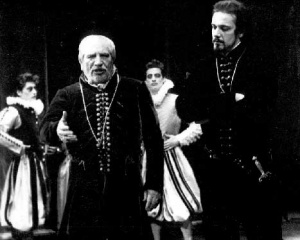 Vandis was born in 1917 in the Piraeus suburb of Neo Faliro but moved with his family at a very early age to Kavala, eastern Macedonia. He studied at the Drama School of the National Theatre and made his debut on stage in 1934 in the play "Judas" by Spiros Melas.

Vandis went on to play in the theatre group of Marika Kotopouli and by 1946 created a theatre group of his own which toured throughout Greece. He returned to Kotopouli's theatre in the mid-1950s. In 1960 he took a supporting role in the film "Never on a Sunday" which starred Melina Mercouri.

In 1965, Vandis left Greece for the USA and continued his career in films, theatre as well as television. Among his credits are roles in the Broadway play "Ilia Darling", as well as appearances on the TV shows "Mannix", "Hawaii 5-0", "Dr. Welby, MD" and "Mary Hartman".

Vandis made several trips back to Greece and became involved in labour matters of the Greek actor guild. He authored a single book "Chats with my Friends" and co-founded the Athens Drama School.