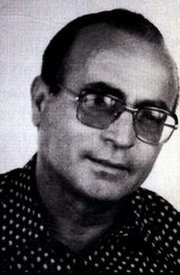 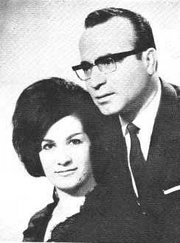 Since his early years he loved music and learned to play instruments like the guitar, Hawaiian guitar, harmonica and bouzouki. He also did a little singing. First as an amateur singer, then emerged as a professional in the early 1950s, at a time where the music stage was dominated by artists the likes of Stratos Payioumtzis, Prodromos Tsaousakis, Stelios Kazantzidis, Grigoris Bithikotsis and many more.

He later cooperated with Nikos Meimarakis and formed a band that played during live broadcasting on the Armed Forces Radio Station (Σταθμός Ενόπλων Δυνάμεων).

His first recorded song, The Injustice (To adiko -Το άδικο), written by Kostas Kaplanis, never really became a hit. Acceptance came in 1955 with the song Drizzling Rain (Siganopsichalisma - Σιγανοψιχάλισμα PARLOPHONE Β-74406) that he wrote and sung.

That was followed by the hits:

His biggest hit came in 1959 with the song Seaguls (Glaroi - Γλάροι), written by N. Meimaris and C. Vasiliadis

He remained in the spotlight for more than 40 years. He formed successful duets with female singers Voula Gika and Ria Kourti. His duet with Ria Kourti lasted from 1960 to 1986 and remains to date the longest lasting duet in Greek music. He also formed the two recording companies: Vendetta in 1966, and Sonata in 1968.

From 1954 to 1986, Panos Gavalas recorded more 1,200 songs. During these years, he appeared in 25 movies and toured extensively Europe, Australia and the United States.

For the most part, he resided at the Kesariani area of Athens. His wife, Zoe, died in 1985.

Gavalas died the morning of Saturday, December 3, 1988. He was survived by his two kids, Yiannis and Irene, and six grandchildren.