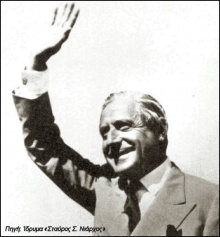 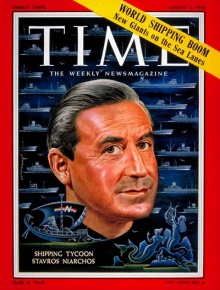 Stavros Niarchos (July 3, 1909 - April 16, 1996) was born in Athens to a wealthy family, as his father had married a rich heiress. He studied in the city's best private school before starting university. Once he had received his doctorate in law, he worked for his uncle who was a shipowner.

He was a naval officer in the Second World War, during which time part of the trade fleet he had built with his uncle was destroyed. Around 2 million dollars in insurance money helped him to buy another fleet.

In 1952, the same year as his rival Aristotle Onassis, Stavros Niarchos built the first supertankers capable of transporting large quantities of oil. In 1956, the Suez Canal Crisis considerably increased the demand for the type of large tonnage ships that Niarchos owned. Business flourished and he became a billionaire, just like his rival, Aristotle Onassis.

The shipowners' rivalry continued into their private lives. After his divorce from Henry Ford's daughter, Stavros Niarchos married Georges Livanos' sister, Eugenia. When she passed away, he married her sister Tina Onassis, who was also Aristotle's ex wife. At the head of a 4 billion dollar fortune, the rich shipowner prided himself on having married five times in the course of his life.

After the oil crisis of 1973, Stavros Niarchos sold off some of his companies and launched into finances and the diamond trade. In the eighties, he came more and more often to Geneva, from where he managed his business around the globe. The Golden Greek, as his fellow countrymen liked to call him, retired in the nineties to his main residence in Saint-Moritz, in the Graubunden, where he devoted a lot of time to his favorite sport, skiing. The rich Greek shipowner passed away on April 16, 1996, in Zurich. He is buried in the family tomb in Lausanne.