From Phantis
(Redirected from Apollon Smyrni F.C.)
Jump to navigation Jump to search 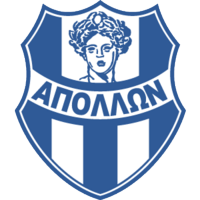 Apollon moved to Greece in the 1920s following the Asia Minor disaster. Their home stadium is in Rizoupolis in northern Athens. Apollon have gone since the 1930s under the nickname "The Light Brigade" (Greek: Ελαφρά Ταξιαρχία), named after the 1936 Hollywood movie release The Charge of the Light Brigade, after winning the 1938 regional Athens championship.

They are currently (2011) playing in the Greek Football C Division.

Among their best players that have worn Apollon's jersey are: