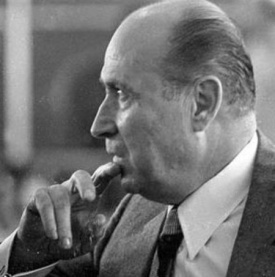 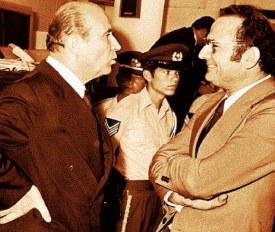 Although descended from Epirus in the North West of Greece, Ioannides was born in Athens on March 13, 1923 to an upper middle class family of businessmen. As a Greek officer, he fought in the Greek Civil War and later served in the Makronisos internment camps for the communists. In 1963, he served in Cyprus.

Ioannides took active part in the coup d' etat of April 21, 1967 but preferred to stay in the background during the first six years, allowing George Papadopoulos the limelight. Instead, Ioannides became chief of the Greek Military Police (ESA) which he turned into a feared force for military and civilians alike. He was promoted to Colonel in 1970 and Brigadier General in 1973.

After the demonstrations and rioting that took place in November of 1973, Ioannides organised a coup d' etat and, on November 25, overthrew Papadopoulos and installed his friend and fellow Epirote, Phaedon Gizikis, as President of Greece.

Ioannides also organised the July 15, 1974 coup d' etat in Cyprus that overthrew the government of Archbishop Makarios III. This led to the Turkish invasion of the island on July 20 which, in turn, led to the downfall of the Greek Junta.

Ioannides was arrested and charged with rebellion and treason. He was sentenced to death which was converted to a life sentence.

He died Monday, August 16, 2010 of respiratory failure at a Piraeus-area hospital after being transferred from nearby Korydallos penitentiary.