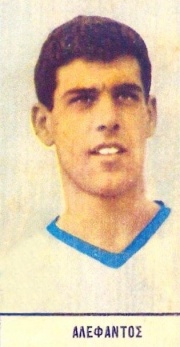 Alefantos was born on January 3, 1939 in Athens and was known by his trademark short-sleeved shirts and his knack of speaking his mind even if it got him into trouble - which it often did.