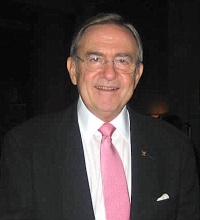 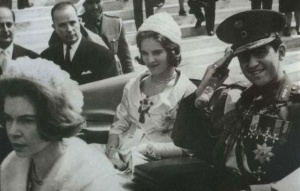 He was a son of Paul of Greece and Frederika of Hanover. At the age of 20 he competed in the 1960 Olympics in Rome representing Greece and won a Gold medal in sailing (Gold Dragon Class) with a crew consisting of Odysseus Eskitzoglou and Giorgos Zaimis.

Constantine began his reign in the midst of the Cyprus troubles of 1963 - 1964. His subjects always suspected that he was being ruled by his strong-willed, unpopular mother Queen Mother Frederika. As king, Constantine had a turbulent relationship with his prime minister, Georgios Papandreou, a centrist. Papandreou's resignation in the Summer of 1965, after a clash with Constantine over control of the military, led to demonstrations, governments that failed to get a vote of confidence and turmoil in the country that culminated in a military coup on April 21, 1967. On December 13 of that year, Constantine and his family fled to Rome, Italy, after an unsuccessful attempt to overthrow the ruling junta.

Abolition of the Monarchy 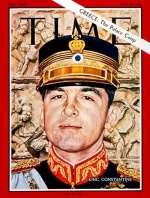 The monarchy continued in his absence under regents. In 1973, the military regime abolished the monarchy and declared a republic. In 1974, the new democratic regime under Constantine Karamanlis held a second democratic referendum, which confirmed the monarchy's abolition, with the monarchy receiving only one third of all votes cast. Constantine Karamanlis who had just won a resounding victory (54% of the vote in a general election) had formally declared his neutrality in the referendum, although he was rumoured to be against the monarchy. However, many voters of his party were traditionally in favour the monarchy and it is certain that those who voted for the monarchy had previously voted for Karamanlis. All other parties represented in Parliament had declared for a republic. Both the centrists and the left of centre PASOK, who considered themselves heirs of the Venizelist tradition, as well as the communist left, were historically against the monarchy. Constantine's personality, the way he had first sworn in the junta government, in 1967, before organising an entirely unscuccesful and somewhat comical counter-coup against them later in that year, and his reluctance to sever all ties with the junta once in exile, did not help the monarchy either. In addition, the opposition collectively blamed Constantine II for the serious political crisis that had led to the coup in the first place.

Constantine was not formally exiled nor stripped of his property or citizenship after the referendum. Still, it seems he was formally discouraged from visiting Greece as he did so only once, very briefly, in February 1981 for the funeral of his mother, Queen Frederika. There were also legal disputes with the Greek state, since Constantine was unable or unwilling to pay the heavy taxes on his property in Greece. In the early 1990s Constantine started appearing more in the newly created private television channels and thus became more "visible" in Greece. In 1992 he concluded an agreement with the government under Constantine Mitsotakis ceding most of his land in Greece to a non-profit foundation in exchange for the former palace of Tatoi and the right to export a large number of movables from Greece. In 1993 he attempted a first visit to Greece which however did not end well as the government, irritated by his "tour" around Greece and by increasingly loud protests from the opposition, asked him to leave. In 1994, the government of PASOK which had by then succeeded Mitsotakis passed new legislation reversing the 1992 "deal" and stripping Constantine of his property in Greece and his Greek citizenship.

Constantine has since sued Greece before the European Court of Human Rights, claiming ownership of lands worth in excess of €550 million. He only partially won, receiving only €4 million for the lost property. The Greek government paid this sum (out of the "disasters of nature" budget, as a means of making a public statement), but was not obligated by the court decision to return any lands.

A law stating that Constantine cannot be granted a Greek passport unless he signs a formal declaration recognising the Republic still remains in force. Constantine refuses to comply considering such a treatment humiliating. However, he now travels in and out of Greece without problems, on a Danish passport (as "Constantine DeGrecia"), and has done so several times in the past few years. Because of the Schengen agreements the Greek government cannot refuse him entry.

As a young prince, Constantine was a popular socialite, gaining popularity for his athletic achievements (including his Olympic medal), and his tendency to mix with other Athenians at social functions and athletic events. According to some sources, his rise to the throne was widely welcomed by the population who had hoped that he would lead the country to a more modern and more open period. The young king instead chose to continue the ways of his father, a fact blamed by many to the influence of his mother, Frederika.

To this day, many Greek people and most Greek politicians blame Constantine II for the chaos that had led to the 1967 coup. Constantine Karamanlis dismissively described Constantine as Paul's naughty little boy. Karamanlis was also scathing in his radio address in the evening of December 8, 1974, as the polling returns became known. "A carcinoma was resected today from the body of the nation" he declared, succinctly epitomising the public mood.

In more recent years, his legal battles again the Greek state became the fodder of bad publicity. His family's insistence on using royal titles is frequently mocked in the press, where he is most frequently referred to simply as "o teos" ("the former").

In 1964 King Constantine married Queen Anne-Marie, born Princess of Denmark, and sister of the current Danish Queen, Margrethe II. His heir, should the throne ever be restored, is Crown Prince Pavlos. Constantine II's sister, Sofia, is married to King Juan Carlos of Spain.

Constantine II and Queen Anne-Marie live in exile in London, England , where the exiled monarch is a close friend of The Prince of Wales and a godfather to Prince William of Wales.